Hi! Hope you're gonna enjoy my game! Have fun!

Very fun concept, but the hitboxes on those spikeballs are a tad bit big I think.

Wow this is a great game! I really enjoyed playing it! The controls took a bit to get used to, but after figuring out how to interprite them the game became alot of fun! Nice work, and good luck in the Jam!

Only thing I would change is the UI for the controls.  It would be much easier to read them if the words and pictures were reversed.

I really love this game, I'll probably come back to it later, the idea is good, I like the warning and the fact that it can change to not-change.

The thing I found most irritating was the enemy hit boxes, which weren't game breaking are quite unprodictable. Some telegraphing would help.

I did like the level desighn you got a few basics jumps intruduction of the dangerous enemies, and then a platform which you can cool off on before a pair of enemies. Well I did die a few times I felt I could easily make progress form mastering the mechanics (waiting on changes etc.

The only thing I would change besides the hit boxes personly would be changeing controll names instead of arrows. It may be counter intuitive to as vissuals are more easy to read as it isn't on a gamepad with colored controlls I have to decifer the direction of each arrow so checing words would be easier for me.

This is fun but really hard! 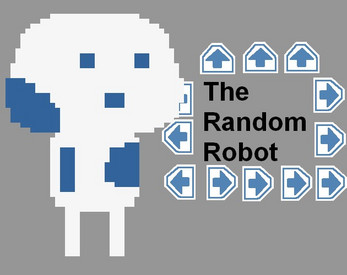